My third album, being the second one I release on Spotted Peccary, Autumn Continent is exploring vast landscapes and oceans deep below the frozen surface. Most tracks on this album were composed during autumn and early winter in northern Europe, and could be seen as a reflection of these magic seasons.

"A timeless new release, AUTUMN CONTINENT is a superbly crafted blend of Space Ambient and Electronic Downtempo. Provocative subterranean explorations are balanced with a sense of light from an otherworldly perspective. BETWEEN INTERVAL has created an atmosphere that is organic, accessible, and thought filled without the clichés of most electronic music today." 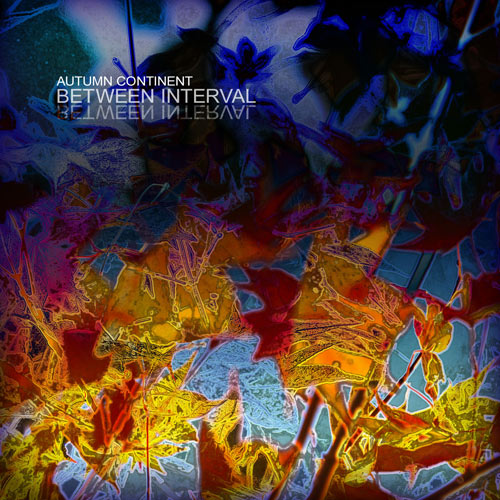 Autumn Continent is released on CD and digitally worldwide, meaning that you can get a hold of it from many different stores, resellers and streaming services from around the world. For a wide selection of different formats such as MP3, FLAC, Apple Lossless Download as well as a traditional CD, I'd recommend ordering directly from the label:

This is one of those discs one could play on endless repeat for days on end and just flow with it. It doesn’t demand anything from the listener, but instead slowly overtakes the psyche and guides the experience. [...] This is the good stuff, folks! - Peter Thelen, Exposé

The overarching splendor of Jonsson's concepts is unmistakable and wholly involving, making him a space-music artist worthy of close attention. - Terry Wood, Amazon.com

I can say without hesitation that Autumn Continent is another great ambient album from Between Interval that is ideal for immersing and losing oneself in. If the strangely inviting landscapes of Scandinavia in the dark months generated a sonic aura, I could imagine it would sound something like this. - Dene Bebbington, Melliflua

On Autumn Continent, Jönsson does an excellent job of seamlessly blending the active and the atmospheric elements into a unified piece of first-class electronic music. - Phil Derby, Electroambient Space

The music acts a vehicle to fuel your brain to focus on the innermost thoughts to accomplish what ever it is you want to do. Potent? Powerful? You bet. - Terry Wickham, MantaRay Pictures

Music by Between Interval should be taken along with a cup of midnight. - Chuck van Zyl, Star's End

His brilliant use of rhythmic passages add another dimension to his already impressive style, leaving him once again a cut above the rest, and offering hours of satisfying listening in a far off and deep yet earthy space. - Lloyd Barde, Backroadsmusic

"Between Interval" is the type of music you listen to deep into the night or while sinking into warm water or as you fall into dreams. This is relaxing music that still holds within its power an exciting revelatory element, the type that speaks softly of artistic elegance all while leaving you in a state of awe at the musical mastery. - Rebecka Johnson, TheRebeccaReview.com

'Early Life Remainings' sees a percussive pattern slowly roll in with accompanying twinkling synthesiser cycles - this delicate track ends with a beautiful wind down into pensive lightness. A number of pieces tend to rise and fall in ponderous waves and swells of intensity and colour - sometimes sombre and atmospheric, at times wistful and weighted with nostalgia - an autumnal sense of loss, hints of early frost. - Paul, Morpheus Music